Posted on December 9, 2011 by Julianna
It was only a 110 km ride today, but we had to leave early as we couldn’t know how much time this road would take. With an average speed of 30 km/h we cruised between potholes and monkey families in direction of Bangalore, our half-way point and also our southern most point of the journey. When we crossed the border of Karnataka, it was also time to say good-bye to our great guide Mahendra, who had escorted us since Hyderabad.

I had heard a lot about Bangalore before, the Hi-Tech city of India. It should be different from the rest of India, I was told. So, what was the difference? First of all, we saw a lot of flyovers under construction. No doubt the city is expanding, and so does the traffic. The traffic is extremly slow, like in other cities, so this was rather dissapointing. But (of what I have seen) the streets were pretty clean, and the traffic was not so crazy like in other places. Lots of modern shops were lining up next to the streets in downtown Bangalore, and the city is quite green. So far I have also not seen signs of big poverty or misery, and not even one holy cow in the streets! I would certainly like to spend more time here, to check out this interesting city. The only thing that really reminded me of being in India were the noisy and stinky autorikshaws. I really hope they will be replaced as soon as possible. By electric rikshaws. Powered by solar energy of course!
And of course, this is our mission. To reach as many people as possible. We got a very warm welcome at Swissnex, a network of science and technology outposts run by the Swiss State Secretariat for Education and Research (SER). A great number of journalists showed up to the press conference, and it took quite a while until all the questions were answered. Swissnex offered great Indian food, of unseen sort so far, so it was easy for us to get our “batteries” charged. 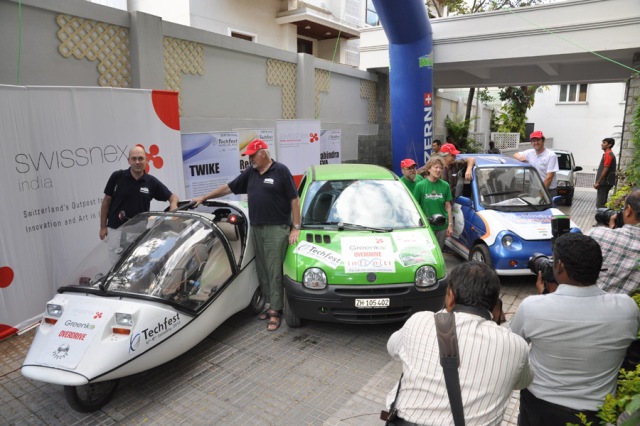 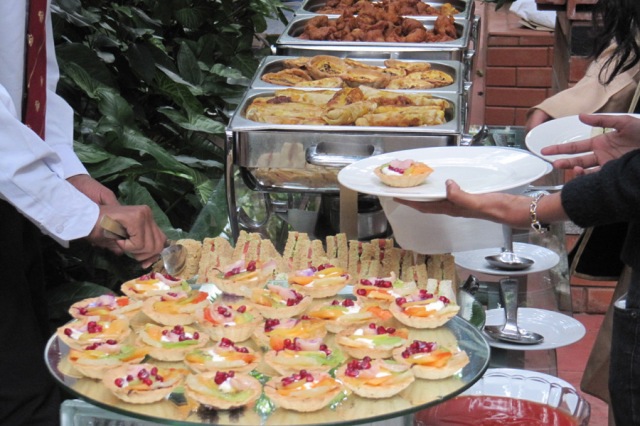 In the evening we drove to the Indian Institute of Science and moved into our rooms, where we will stay two nights. But actually everyone has already left one hour after arrival. Swissnex has invited all of us for a Chrismas party!

This entry was posted in Uncategorized. Bookmark the permalink.

1 Response to Day 7: Hindupur to Bangalore